Call it bias, that’s fine, but Brandon Sanderson is brilliant at creating unique magic systems. The man went against the grain when he created the Metallic Arts magic system in his book Mistborn. The system relies on order and rules rather than impulse and chaos, and although he didn’t pioneer these types of unique magic systems for the fantasy genre, but he did make a splash with it and the outcome was unique and special. Don’t trust me? Just give his Sanderson’s Law of Magic article a read and see for yourself. The man knows what is talking about when it comes unique magic systems.

It takes more than just having your characters use superpowers. There needs to be reasoning behind the fire from their fists or lighting from their eye sockets, and a good writer knows how not to bog a reader down with mass dumps of logic and reasoning(although some don’t).

Think of a magic system like you would an iceberg. Readers should see the top, but a huge chunk of it should be hidden(left out and implied by the reader). This is my favorite type of magic system: you get just enough to understand logic, but without a hundred pages spent on backstory and reasoning.

Not all magic systems are created equal, and that is great. You will see in the collection of books below a broad example of the unique magic systems in fiction. So get’em, read’em, and start to brainstorm your very own system.

“Brandon Sanderson knows how to build a world and magic system in the most fascinating, “can’t-put-it-down” way.” 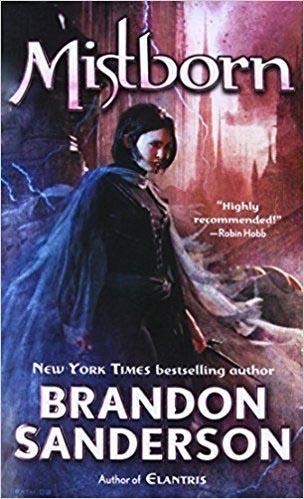 Kelsier recruited the underworld’s elite, the smartest and most trustworthy allomancers, each of whom shares one of his many powers, and all of whom relish a high-stakes challenge. Only then does he reveal his ultimate dream, not just the greatest heist in history, but the downfall of the divine despot.

But even with the best criminal crew ever assembled, Kel’s plan looks more like the ultimate long shot, until luck brings a ragged girl named Vin into his life. Like him, she’s a half-Skaa orphan, but she’s lived a much harsher life. Vin has learned to expect betrayal from everyone she meets, and gotten it. She will have to learn to trust, if Kel is to help her master powers of which she never dreamed.

“This modern fairytale has it all; an interesting magic system, strong and compelling characters both good and bad, an interesting plot that capture the reader and refuse to let go.” 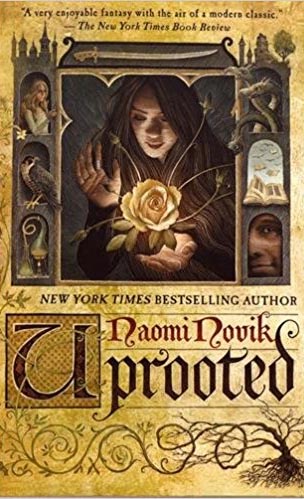 Book Summary: “Our Dragon doesn’t eat the girls he takes, no matter what stories they tell outside our valley. We hear them sometimes, from travelers passing through. They talk as though we were doing human sacrifice, and he were a real dragon. Of course that’s not true: he may be a wizard and immortal, but he’s still a man, and our fathers would band together and kill him if he wanted to eat one of us every ten years. He protects us against the Wood, and we’re grateful, but not that grateful.”

Agnieszka loves her valley home, her quiet village, the forests and the bright shining river. But the corrupted Wood stands on the border, full of malevolent power, and its shadow lies over her life.

Her people rely on the cold, driven wizard known only as the Dragon to keep its powers at bay. But he demands a terrible price for his help: one young woman handed over to serve him for ten years, a fate almost as terrible as falling to the Wood.

The next choosing is fast approaching, and Agnieszka is afraid. She knows—everyone knows—that the Dragon will take Kasia: beautiful, graceful, brave Kasia, all the things Agnieszka isn’t, and her dearest friend in the world. And there is no way to save her.

But Agnieszka fears the wrong things. For when the Dragon comes, it is not Kasia he will choose.

“This is fantasy at its best, with strong, believable characters and a UNIQUE magic system – which is saying a lot in this genre.” 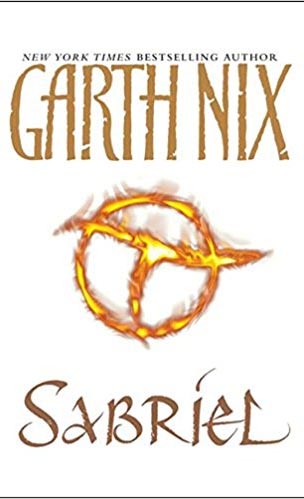 Book Summary: Sent to a boarding school in Ancelstierre as a young child, Sabriel has had little experience with the random power of Free Magic or the Dead who refuse to stay dead in the Old Kingdom. But during her final semester, her father, the Abhorsen, goes missing, and Sabriel knows she must enter the Old Kingdom to find him. She soon finds companions in Mogget, a cat whose aloof manner barely conceals its malevolent spirit, and Touchstone, a young Charter Mage long imprisoned by magic, now free in body but still trapped by painful memories.

As the three travel deep into the Old Kingdom, threats mount on all sides. And every step brings them closer to a battle that will pit them against the true forces of life and death—and bring Sabriel face-to-face with her own destiny.

“Interesting characters and a fairly clever blend of explained and unexplained magic making for a mid-“hard” system overall.”

Book Summary: They are the Others. an ancient race of supernatural beings-magicians. shape-shifters. vampires. and healers-who live among us Human born. they must. choose a side to swear allegiance to-the Dark or the Light-when they come of age.For a millennium. these opponents have coexisted in an uneasy peace. enforced by defenders like the Night Watch. forces of the Light who guard against the Dark . But prophecy decrees that one supreme Other will arise to spark a cataclysmic war.Anton Gorodetsky. an untested mid-level Light magician with the Night Watch. discovers a cursed young woman-an Other of tremendous potential unallied with either side-who can shift the balance of power. With the battle lines between Light and Dark drawn. the magician must move carefully. for one wrong step could mean the beginning of a…

“A beautiful story with magic, heartbreak, love, passion, and everything else you would need to make a great take. Vastly underrated.” 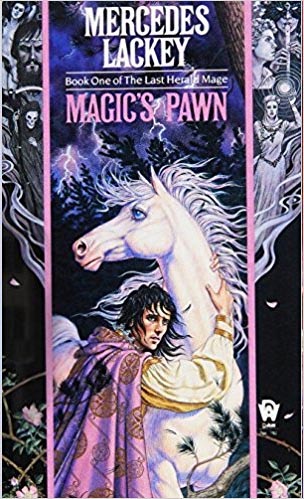 Book Summary: Though Vanyel has been born with near-legendary abilities to work both Herald and Mage magic, he wasn’t no part in such things. Nor does he seek a warrior’s path, wishing instead to become a Bard.

Yet such talent as his, if left untrained, may prove a menace not only to Vanyel but to others as well. So he is sent to be fostered with his aunt, Savil, one of the fame Herald-Mages of Valdemar.

But, strong-willed and self-centered, Vanyel is a challenge which even Savil cannot master alone. For soon he will become the focus of frightening forces, lending his raw magic to a spell that unleashes terrifying wyr-hunters on the land.

And by the time Savil seeks the assistance of a Shin’a’in Adept, Vanyel’s wild talent may have already grown beyond anyone’s ability to contain, placing Vanyel, Savil, and Valdemar itself in desperate peril.