09 Aug 5 Examples Of The Best Villain In Fiction

hat makes the best villain ― Is it a mirror representation of your protagonist? Is it a character with a distorted perspective, and only they can see the logic? Or Is it just because they’re bad? I think these questions encompass every villain and so much more… oh so much more.

In many cases, the bad guy of your story is going to possess the same wants and needs in which your protagonist so desperately seeks. One of my favorite antagonists is the sewer living clown everyone loves: Pennywise from Stephen King’s IT. Although I enjoyed the adaptation in the 1990’s and the remake of 2017, unfortunately, Pennywise isn’t shown his true potential. Those who know his true form will understand this ― he is much more than a clown living in the sewers feeding off little kids; he has his motives just like any good protagonist should. So let that be enough convincing to read the book.

Villains should think that they are the protagonist of their story. Just think of Nazi propaganda, and how it influenced millions. Do you honestly think those men and women enslaved and killed so many people because they thought they were the “bad guys”? No, in their minds, they were the protagonist of their story, and the suffered being the antagonist. This is the case in many instances.

Take another example from the Harry Potter series ― Dolores Umbridge. The books host a number of amazing villains. I suggest re-reading the series entirely just to study how Rowling does her villains, she is truly a master storyteller. But in Umbridge’s case, we see her as an obstacle for our main protagonist: Harry Potter. But take a step back and try to envision her perspective. She, of course, had her objectives, but in reality, she wasn’t trying to kill Harry was she? No. The beauty in the “perspective” of your villain is that they don’t have to be malicious, but rather conflict with your protagonist goals. That is what makes a villain so interesting I think. An antagonist bad just for the sake of being bad is… bad. Care for them the as you do your own protagonist and minor characters because they are just as important.

In the list below I’ve collected different traits of what makes the best villain in fiction. If you haven’t read these books, I strongly suggest doing so, and when you do, take note in studying how the author portrays the villain.

5 Examples Of The Best Villain In Fiction

“Some characters in this story were so demented. Pennywise (the clown) was so scary and creepy. The descriptors that King uses couldn’t be anymore perfect. Character personality, growth, and development get an A+ from me.” 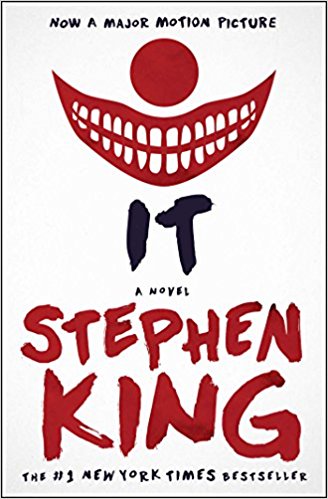 Book Summary: Welcome to Derry, Maine. It’s a small city, a place as hauntingly familiar as your own hometown. Only in Derry the haunting is real.

They were seven teenagers when they first stumbled upon the horror. Now they are grown-up men and women who have gone out into the big world to gain success and happiness. But the promise they made twenty-eight years ago calls them reunite in the same place where, as teenagers, they battled an evil creature that preyed on the city’s children. Now, children are being murdered again and their repressed memories of that terrifying summer return as they prepare to once again battle the monster lurking in Derry’s sewers.

“Ms. Rowling continues to add to her large cast of characters, perhaps introducing one of the most evil villains of the entire series in Dolores Umbridge. This is saying a lot, as there are plenty of fiends and devils willing to serve the Dark Lord. Perhaps it is because many of us can remember that one teacher in our own life who seemed to do everything in his or her power to inject misery into our lives. Those teachers (wrongly accused or not) live on in Umbridge.” 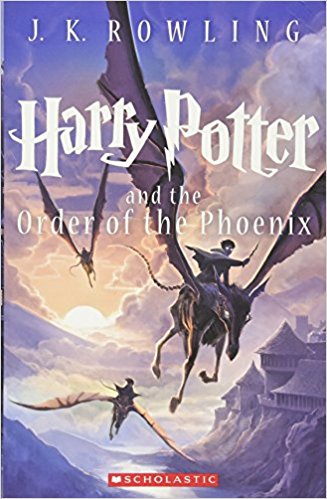 Book Summary: There is a Door at the end of a silent corridor. And it’s haunting Harry Potter’s dreams. Why else would he be waking in the middle of the night, screaming in terror? Here are just a few things on Harry’s mind: A Defense Against the Dark Arts teacher with a personality like poisoned honey. A venomous, disgruntled house-elf. Ron as keeper of the Gryffindor Quidditch team. The looming terror of the end-of-term Ordinary Wizarding Level exams…and of course, the growing threat of He-Who-Must-Not-Be-Named. In the richest installment yet of J. K. Rowling’s seven-part story, Harry Potter is faced with the unreliability of the very government of the magical world and the impotence of the authorities at Hogwarts. Despite this (or perhaps because of it), he finds depth and strength in his friends, beyond what even he knew; boundless loyalty; and unbearable sacrifice. Though thick runs the plot (as well as the spine), readers will race through these pages and leave Hogwarts, like Harry, wishing only for the next train back.

“I have been a fantasy enthusiast since I was a child. Since I have worked in a bookstore for the past year I have seen that there are two fairly new fantasy series that everyone talks about like crazy. One is Robert Jordan’s “The Wheel of Time” series. The second is George R. R. Martin’s “A song of Ice and Fire”. Having the inclination to read one or the other, to see what the fuss is about I chose Martin… and I was thoroughly impressed with his first book In the series, “A game of thrones”.” 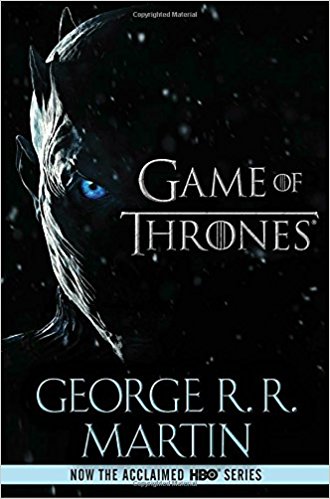 Book Summary: Long ago, in a time forgotten, a preternatural event threw the seasons out of balance. In a land where summers can last decades and winters a lifetime, trouble is brewing. The cold is returning, and in the frozen wastes to the north of Winterfell, sinister and supernatural forces are massing beyond the kingdom’s protective Wall. At the center of the conflict lie the Starks of Winterfell, a family as harsh and unyielding as the land they were born to. Sweeping from a land of brutal cold to a distant summertime kingdom of epicurean plenty, here is a tale of lords and ladies, soldiers and sorcerers, assassins and bastards, who come together in a time of grim omens.

“And yes, I also respect the opinions that the Narnia series are racist and sexist, but I disagree with them. The female characters are not secondary to the male ones in any way. In fact, Lucy often makes her brothers look like idiots. The Calormens are dark skinned, yes, and some of them are the villians of the stories, but the greatest villian in the series, the White Witch, is not dark, but extremely PALE.” 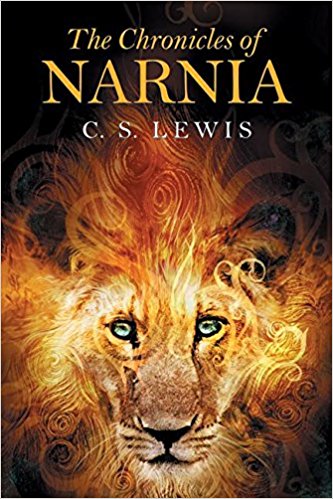 Book Summary: For the past fifty years, The Chronicles of Narnia have transcended the fantasy genre to become part of the canon of classic literature. Each of the seven books is a masterpiece, drawing the reader into a land where magic meets reality, and the result is a fictional world whose scope has fascinated generations.

“King being King tho there is elements of supernatural in this immensely entertaining book Randall Flag is such an evil villian I think other authors went to well trying to compare someone even remotely in his league teehee.” 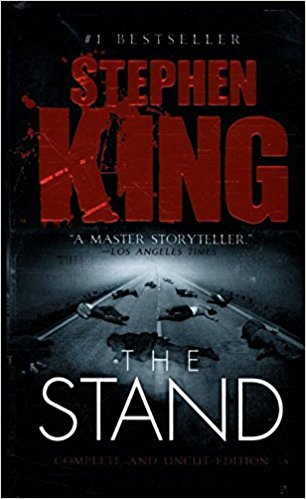 Book Summary: When a man escapes from a biological testing facility, he sets in motion a deadly domino effect, spreading a mutated strain of the flu that will wipe out 99 percent of humanity within a few weeks. The survivors who remain are scared, bewildered, and in need of a leader. Two emerge–Mother Abagail, the benevolent 108-year-old woman who urges them to build a community in Boulder, Colorado; and Randall Flagg, the nefarious “Dark Man,” who delights in chaos and violence. 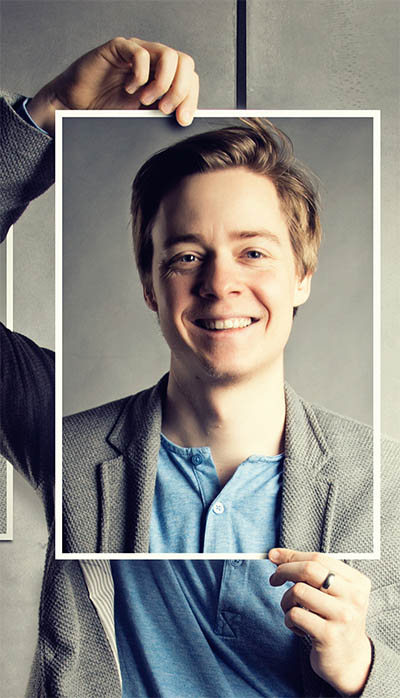